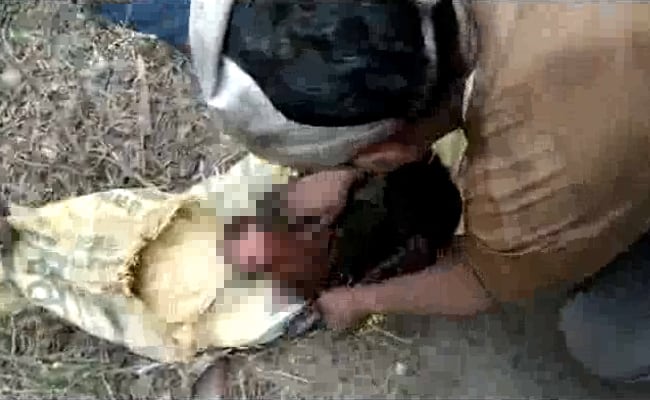 The baby is healthy and is being treated, said the Meerut police.

A baby girl was found stuffed inside three gunny bags on the side of a road in Uttar Pradesh’s Meerut, just 85 kilometres from the national capital. The infant, left to die in the cold apparently by her parents, will survive.

She was found reportedly when people heard her wails and, to their horror, discovered her inside the sacks.

A gut-wrenching video shows passers by remove the sacks one by one to reveal the crying infant. “What kind of parents can do such a thing,” a woman is heard saying in the clip.

The people called the police, who rushed her to a local hospital.

The baby is healthy and is being treated, said the police.

“The child has been admitted to Pyarelal Hospital for treatment. The police are taking required action,” the Meerut Police tweeted.

Despite the government’s awareness programmes to promote gender equality, female infanticide is still a grim reality in the country. Scores of girl children are found abandoned every year, often left to die.

Last year a baby girl was found inside a large earthen pot buried three feet under a cremation ground in Uttar Pradesh’s Bareilly.

How to Do Mobile Recharge via Google Pay – GoIndiaNews